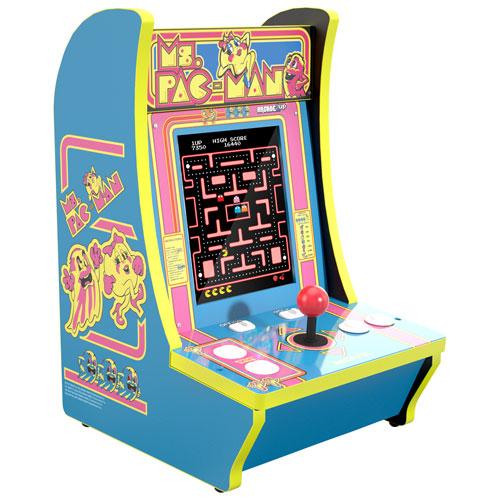 Chomp your way to victory with the Arcade1Up CounterCade Ms. Pac-Man countertop arcade machine. Designed to sit right on your desk or table, this compact machine features four different games to deliver hours of retro entertainment. It boasts an 8" colour display, a vintage-style joystick, and original cabinet artwork for authenticity.
$199.99
$19999
Sold and shipped by Best Buy

3.8
Average rating based on 4 reviews

Of the 4 reviewers who responded, 2 would recommend this product.