Arcade1Up X-Men Vs. Street Fighter Arcade Machine with Riser - Only at Best Buy 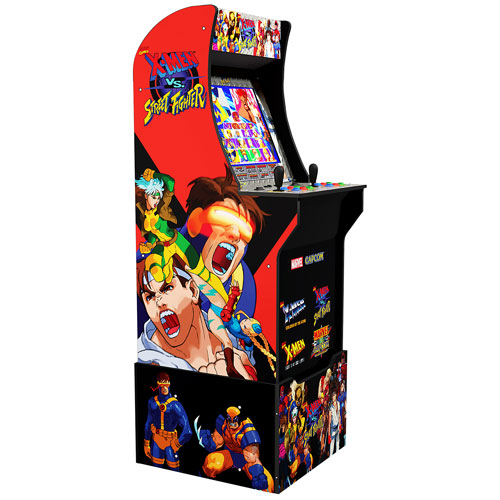 Marvel and Capcom team up for classic gaming with the Arcade1Up X-Men Vs. Street Fighter arcade machine with riser. This replica arcade cabinet comes loaded with 4 games--X-Men Vs. Street Fighter, X-Men: Children of the Atom, X-Men: Mutant Apocalypse, and Marvel vs. Capcom: Clash of Super Heroes--for hours of entertainment on the 17" full-colour screen.
$599.99
$59999
Sold and shipped by Best Buy

5.0
Average rating based on 7 reviews

Of the 7 reviewers who responded, 7 would recommend this product.