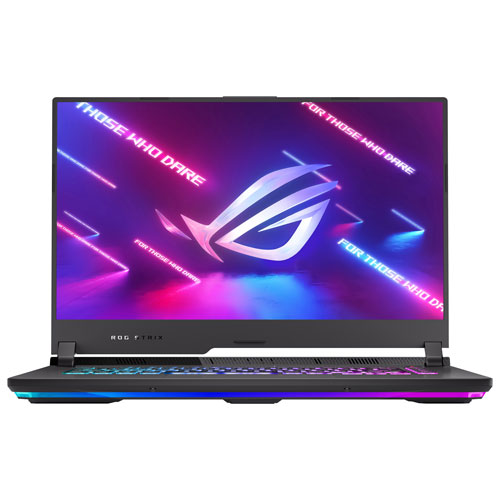 Loaded with all the essential hardware, this ASUS ROG Strix G15 gaming laptop is a worthy choice for your gaming adventures. It features a 15" Full HD screen with a 144Hz refresh rate that produces sharp visuals and smooth motion performance. Its AMD Ryzen 7 octa-core processor, 16GB of RAM, and NVIDIA GeForce RTX 3060 graphics card produce for top-notch performance for your favourite titles.