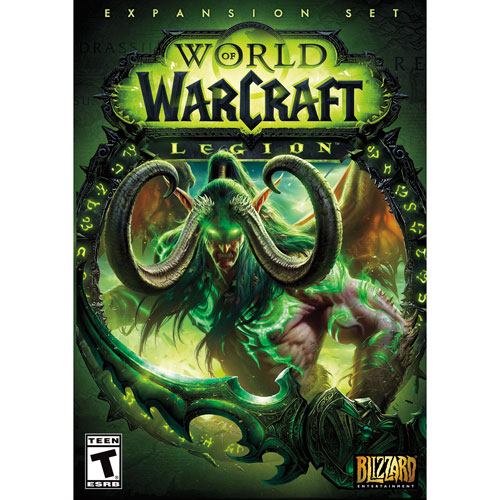 A terrible darkness has returned to Azeroth in World of Warcraft: Legion. Set in the Broken Isles, this expansion features new dungeons, raids, and world bosses to conquer. Legion introduces the Demon Hunter class, Artifacts, revamped PVP system, and raised level cap of 110. An included boost instantly levels a new or existing character to level 100.

The Burning Legion has returned

Of the 331 reviewers who responded, 319 would recommend this product.