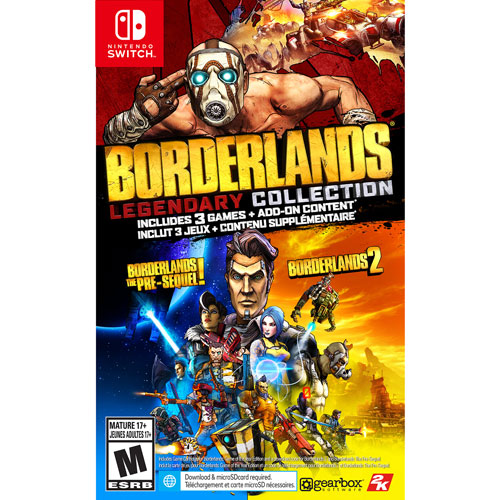 Experience the entire Borderlands story with the Borderlands Legendary Collection for Nintendo Switch. It comes complete with the Borderlands: Game of the Year Edition, Borderlands 2, and Borderlands: The Pre-Sequel. For even more shooter and RPG action, you'll also get access to tons of bonus content for each of the three games.
$29.99
$2999
SALE ends: June 17, 2021
1 Special Offer Available
Sold and shipped by Best Buy

Of the 235 reviewers who responded, 224 would recommend this product.