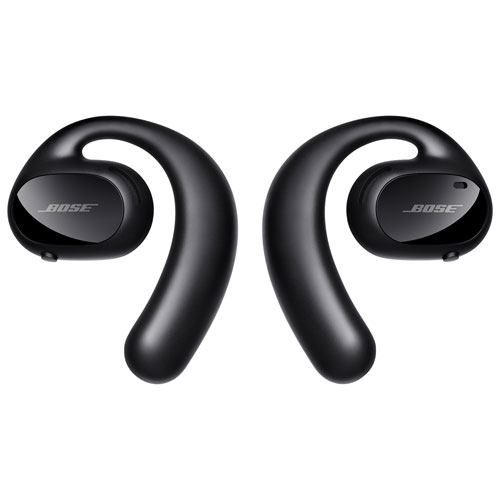 Listen to music in a completely new way while you work out with the Bose Sport Open earbuds. These open-ear truly wireless headphones sit securely and comfortably on your ears but don't actually go in, so you can hear your audio and the world around you. With an 8-hour battery life, they're IPX4-rated to be sweat-resistant and weather-resistant, making them perfect for exercise or sports.
Sold and shipped by Best Buy

Of the 726 reviewers who responded, 432 would recommend this product.