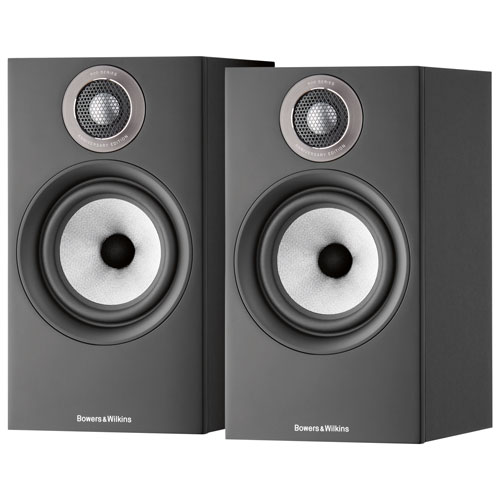 Compact yet powerful, the Bowers & Wilkins 607 S2 Anniversary 120W bookshelf speakers are designed for smaller spaces without compromising on audio performance. These two-way speakers feature refined drivers for low and high frequencies that make your favourite music and sound richer, deeper, and more enjoyable.
Sold and shipped by Best Buy

4.9
Average rating based on 57 reviews

Of the 57 reviewers who responded, 56 would recommend this product.