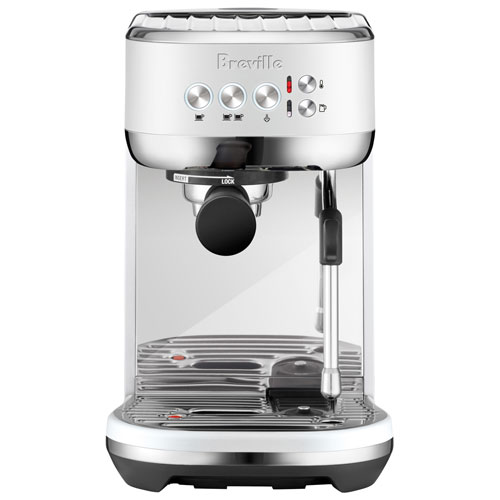 Whether you prefer a latte, macchiato, or a café au lait, the Breville Bambino Plus Luxe automatic espresso machine lets you whip it up right in your own kitchen. Equipped with low-pressure pre-infusion and temperature control technology, it ensures flawless espresso extraction for the perfect cup of coffee every time.
$549.99
$54999
Sold and shipped by Best Buy

Of the 184 reviewers who responded, 172 would recommend this product.