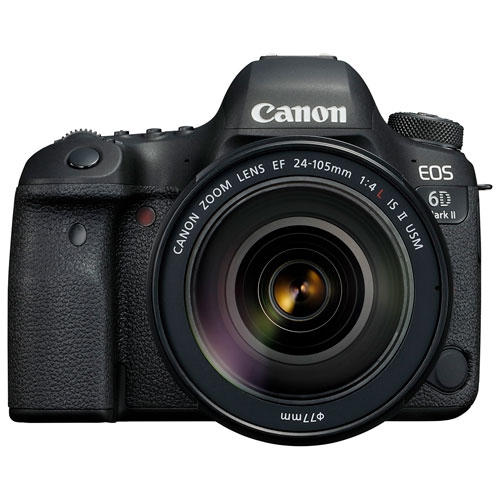 Harness the advanced power of Canon's EOS 6D Mark II Full Frame DSLR Camera and 24-105mm IS USM lens kit to take professional-grade photos of important moments. A 26.2MP CMOS sensor captures high-res images even in low light with its high ISO range, while a 45-point all cross-type AF keeps subjects in focus during fast action for a camera that outperforms expectations.

Of the 143 reviewers who responded, 139 would recommend this product.