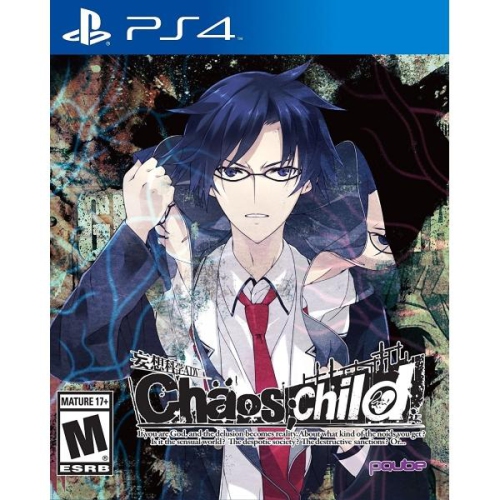 From the creators of the critically acclaimed Steins; Gate comes a sensational new visual novel: CHAOS;CHILD from PQube for the Sony PS4.Set in Shibuya in 2015, a group of high school students who survived an earthquake six years ago find themselves at the centre of a new series of bizarre murders in the city. Play as Takuru, an arrogant senior, who is the first to notice a pattern in the supernatural deaths around him. With the help of his friends, he goes to the crime scenes and hopes to discover the killer's identity before the police, at his own risk...Features:

·Discover A Darker Japan - Explore Shibuya in 2015, after an earthquake nearly levelled the city six years prior, and try to outsmart the puppet-master behind this New Generation Madness

·Track Down A Serial Killer - Play as Takuru, an arrogant senior and the newspaper club president, and discover the pattern in a series of bizarre deaths around you that the police can't seem to crack

·Pick Your Delusions - Choose to explore disturbing nightmares or pleasurable daydreams to affect the different realities that Takuru perceives, and change your story

4.8
Average rating based on 5 reviews