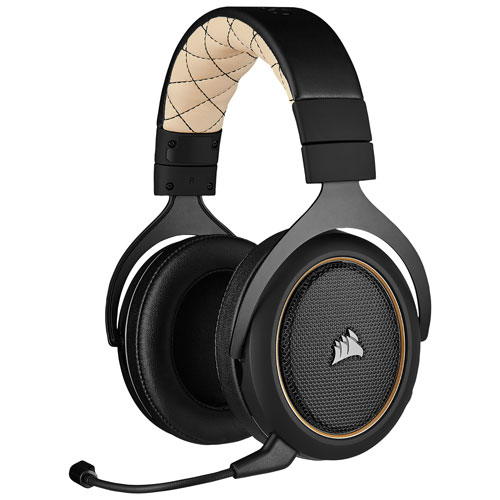 Stay connected with your teammates in charged battles with the Corsair HS70 Pro wireless gaming headset. With custom-tuned 50mm neodymium audio drivers and discord-certified noise-cancelling microphone, you can enjoy high-quality sound and crystal-clear communication. Plus, it offers up to 16 hours of playtime on a single charge.
Sold and shipped by Best Buy

Backorders will ship by April 30

Of the 976 reviewers who responded, 843 would recommend this product.