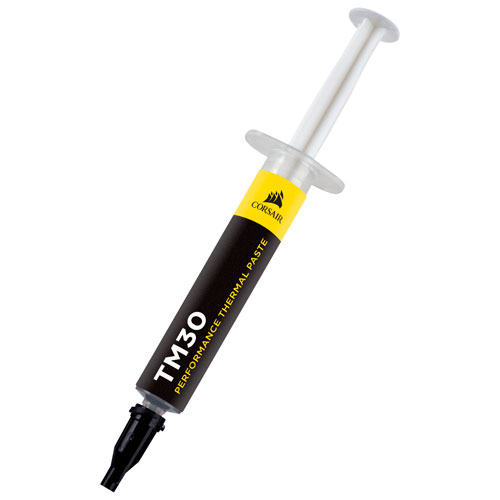 The Corsair TM30 performance thermal paste is a zinc oxide-based compound that keeps your PC cool. It can handle even the hottest CPUs and GPUs. Designed for improved heat transfer, it has ultra-low impedance and a long life that resists drying, cracking, or thermal degradation.
$9.99
$999
Sold and shipped by Best Buy

Of the 1697 reviewers who responded, 1646 would recommend this product.