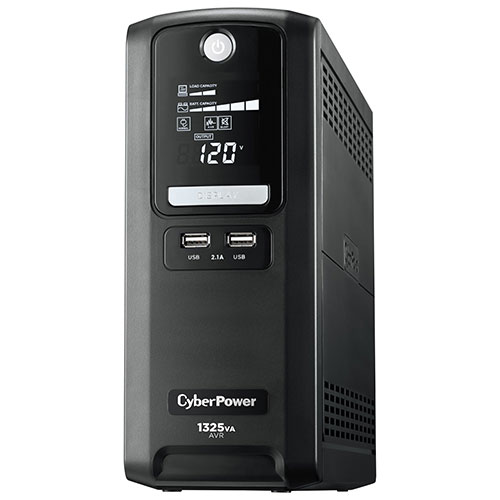 Provide battery power and surge protection for your computer, networking devices, and entertainment systems, with the LX1325GU-FC UPS 810W surge protector. It features 10 outlets and 2 USB charging ports for tablets and smartphones, plus telephone, network, and coaxial line ports. It corrects for minor power fluctuations to protect your electronics.
$179.99
$17999
Sold and shipped by Best Buy

Of the 19 reviewers who responded, 17 would recommend this product.

Ease of Use: Good