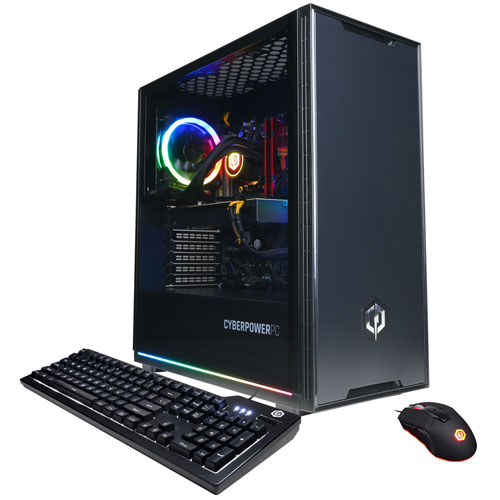 Best Buy Protection goes above and beyond the manufacturer’s warranty. Whether you’re at home or on vacation, we can help you avoid costly repairs and replacements. Plus, starting a service request is as easy as visiting your local Best Buy store or connecting with us at geeksquad.ca/protection.

Delight the gamer in you with this CyberPowerPC Gamer Supreme gaming PC. Packed with an Intel Core i9-11900KF processor, 16GB of DDR4 RAM, and an NVIDIA GeForce RTX 3080 GPU, this robust machine can handle demanding games without any fuss or lag. Its advanced liquid cooling system ensures optimal heat dissipation, even during prolonged gaming sessions.

Of the 103 reviewers who responded, 83 would recommend this product.