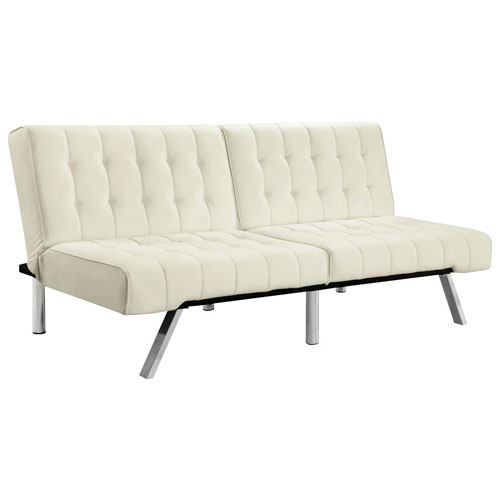 Fashion, function, and comfort combine to give you this Emily convertible futon from DHP. Sporting a charming contemporary style, this unit features a sturdy metal and particle board frame, high density polyester and foam cushioning, and a rich, faux leather exterior. It sports a multi-position back and converts easily from sofa to lounger to bed.
SAVE $191$358.98
$35898
SALE ends: May 16, 2021
Sold and shipped by Best Buy

1.5
Average rating based on 6 reviews