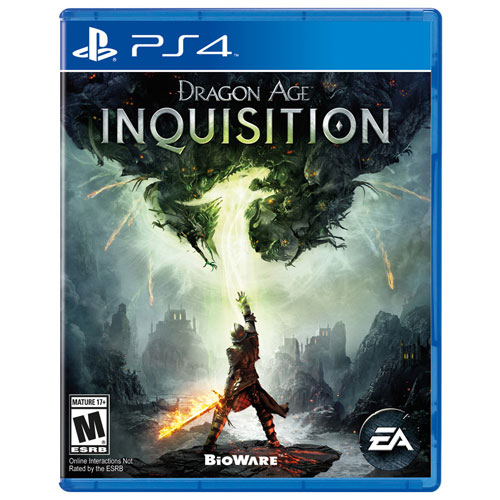 Explore a massive, heavily-textured world in Dragon Age: Inquisition. This third instalment in the popular series uses DICE's Frostbite 2 technology to take players deep into a vast fantasy world in this story-driven game filled with complex characters, meaningful player choices, and challenging combat. Your actions will shape your gameplay and change the land of Thedas and the Dragon Age forever.
$12.97
$1297
Sold and shipped by Best Buy

4.3
Average rating based on 13 reviews