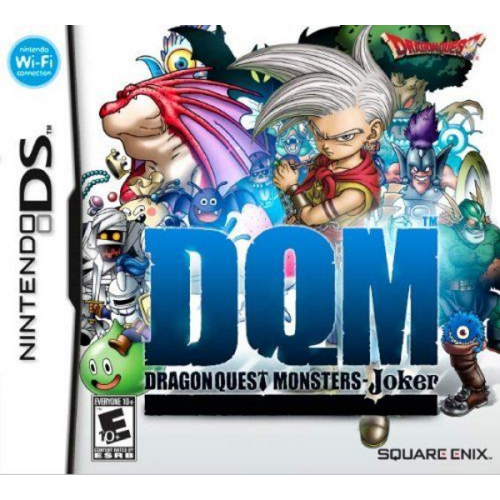 Enter the world of Dragon Quest Monsters: Joker for Nintendo DS as the young hero, locked in a prison by your own father, the leader of a mysterious organization known as CELL.Released under orders to enter the Monster Scout Challenge, you will embark on a journey starting with a single monster and a scout ring, unaware of the dark and mysterious intentions that surround the competition.Players assume the role of a monster hunter as they capture, train and breed a powerful army from more than 200 classic Dragon Quest creatures in order to become the world's greatest monster trainer. Joker is a breakout title that combines the depth of a classic Dragon Quest RPG with the addictiveness of a monster catching adventure.Features:

·Create new species as you synthesize customized monsters from a selection of more than 200 different creatures.

·Challenge your friends via local wireless play to see whose team is the strongest.

Of the 4 reviewers who responded, 4 would recommend this product.