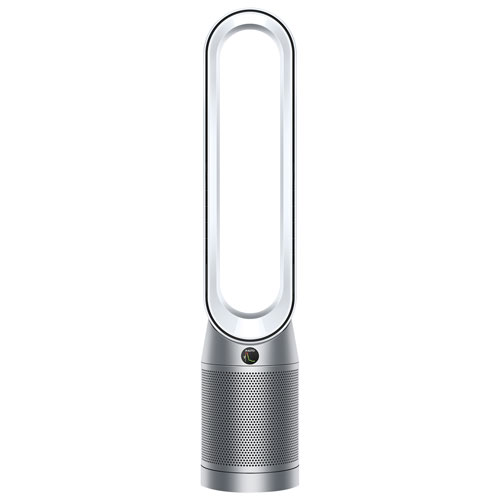 Stay warm or keep your cool with the Dyson TP07 air purifier. Equipped with a powerful HEPA filter and activated carbon, it automatically detects and traps 99.97% of particles as small as 0.3 microns. It works as a fan, delivering a steady stream of cool, purified air to ensure year-round comfort while offering quiet settings and a dimmed display so it won't disturb you.
Sold and shipped by Best Buy

Of the 333 reviewers who responded, 297 would recommend this product.