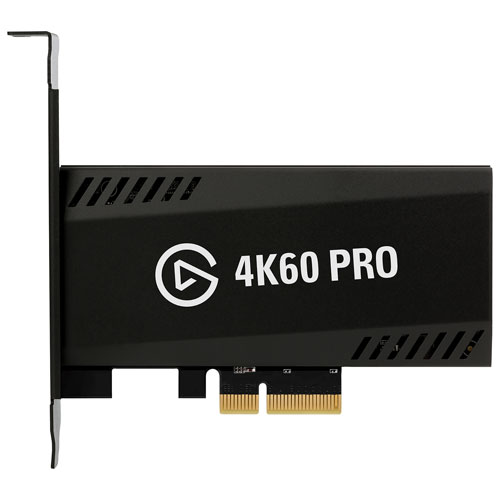 Record your best play sessions without any hassle using the Elgato 4K60 Pro game capture card. It makes it easy to film video games with 4K60 HDR10 quality video and 240Hz passthrough. Its low-latency operations permit up-to-the-minute views of what's going on so all of your streaming sessions are smooth and exciting. It uses a fast PCIe interface, too, which ensures excellent performance.
$329.99
$32999
Sold and shipped by Best Buy

Of the 240 reviewers who responded, 229 would recommend this product.