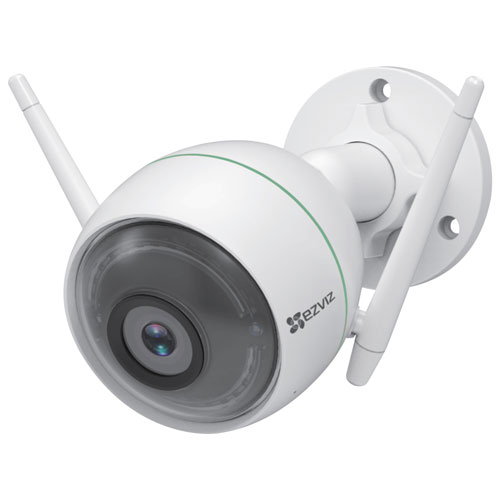 Maintain a watchful eye on your home with the EZVIZ C3WN outdoor Wi-Fi IP camera. This security camera offers 1080p HD resolution so you can view your property in vivid detail and features motion detection, night vision, and one-way audio to ensure you never miss a thing. It connects easily to your home's Wi-Fi network so you'll be up and running in no time.
$79.99
$7999
Sold and shipped by Best Buy

Of the 183 reviewers who responded, 159 would recommend this product.