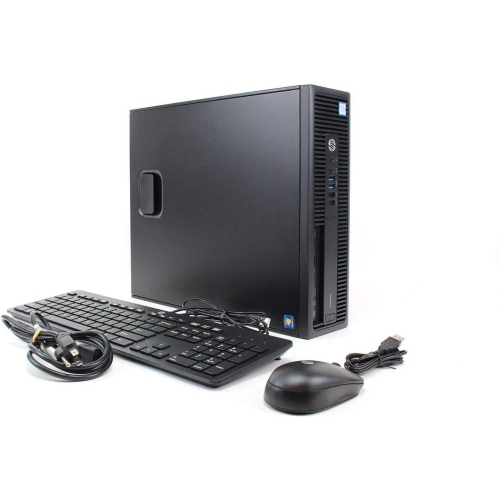 Software: This computer comes fully loaded with Microsoft Windows 10! This package will arrive recently restored with Windows 10 so you will be the first to use it. The restore partition will allow you to restore your computer back to the original state of purchase at any time and prevent expensive trips to the computer repair shop.

Condition: Refurbished, Through our refurbishment process, we test the entire computer for functionality including memory, hard drive, USB ports etc.. Computer may show very minor signs of wear and the overall condition is Grade A. Everything is guaranteed to be fully functional.

Microsoft Authorized Refurbisher : As a Microsoft Authorized Refurbisher, we must follow strict requirements established for the MAR program by Microsoft. These requirements are designed to ensure that you receive a high quality and professionally refurbished computer. Being part of the MAR program, also guarantees that you will receive a legal Certificate of Authenticity (C.O.A.) attached to the computer, and a valid version of Microsoft Windows 10 operating system installed on every computer that is purchased through us.

Get 15 months of Microsoft 365 for the price of 12 with the purchase a participating laptop, desktop, or tablet. Includes premium Office apps and 1TB of cloud storage.

3.4
Average rating based on 5 reviews

Of the 5 reviewers who responded, 3 would recommend this product.

All refunds will be processed within 4 business days.