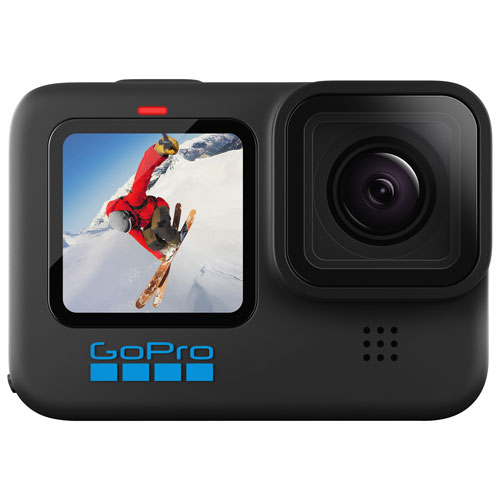 Capture fun and breathtaking adventures with the GoPro HERO10 camera. This sports and helmet camera boasts a 23MP CMOS sensor with 15.8 effective megapixels GP2 that shoots fantastic videos in 5K resolution. It also comes with a 2.27” touchscreen LCD display for live viewing and convenient settings adjustment.

Of the 402 reviewers who responded, 367 would recommend this product.