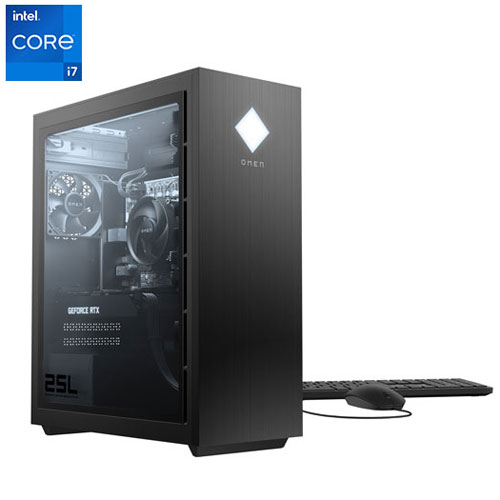 Delve into your favourite gaming world with the HP Omen 25L gaming PC. Boasting a dedicated NVIDIA GeForce RTX 3060 GPU of 12GB GDDR6 video memory, this computer churns out realistic visuals with high frame rates for all the latest AAA titles. Plus, its Intel Core i7 processor and 16GB RAM deliver ample power to process multiple workflows at once.

3.6
Average rating based on 7 reviews

Of the 7 reviewers who responded, 4 would recommend this product.