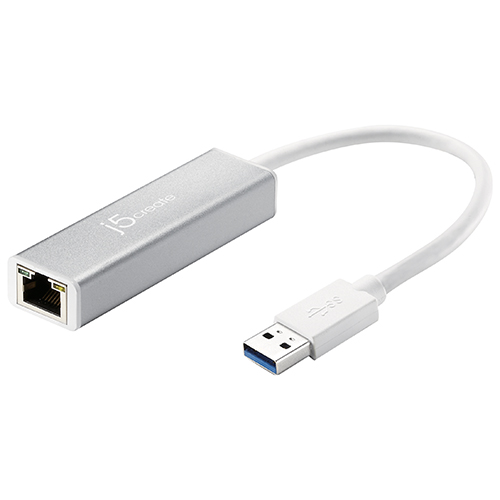 Add an Ethernet port to your computer with the j5create JUE130 Gigabit Ethernet adapter. It plugs into your computer's USB port so you can take advantage of 10/100/1000Mbps Ethernet performance.
$39.99
$3999
Sold and shipped by Best Buy

Of the 1452 reviewers who responded, 1374 would recommend this product.