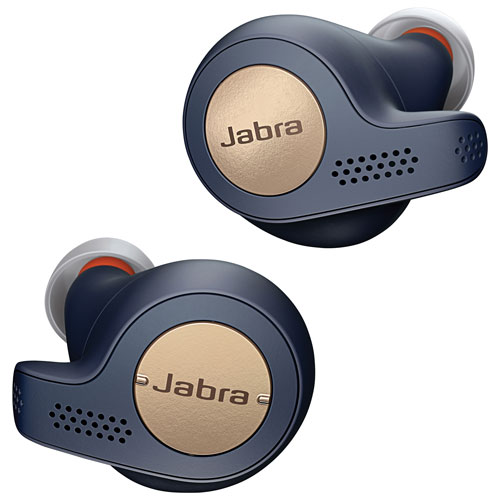 With the Jabra Elite Active 65t In-Ear Passive Noise Cancelling Truly Wireless Bluetooth Headphones, you don't have to be tied down to your mobile device. These earbuds are specially engineered to provide optimum clarity for phone calls and boast an adjustable equalizer so you can customize your music any way you want it.
$139.99
$13999
Sold and shipped by Best Buy

Of the 591 reviewers who responded, 453 would recommend this product.