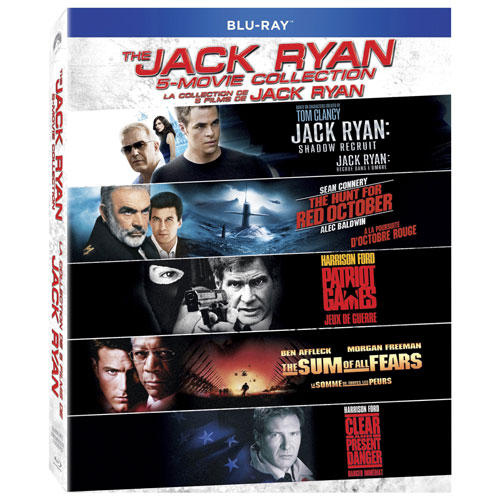 HUNT FOR RED OCTOBER: In 1984, the USSR's best submarine captain in their newest sub violates orders and heads for the USA. Is he trying to deflect, or to start a war?

PATRIOT GAMES: When CIA Analyst Jack Ryan interferes with an IRA assassination, a renegade faction targets him and his family for revenge.

CLEAR AND PRESENT DANGER: CIA Analyst Jack Ryan is drawn into an illegal war fought by the US government against a Colombian drug cartel.

SUM OF ALL FEARS: CIA analyst Jack Ryan must thwart the plans of a terrorist faction that threatens to induce a catastrophic conflict between the United States and Russia's newly elected president.