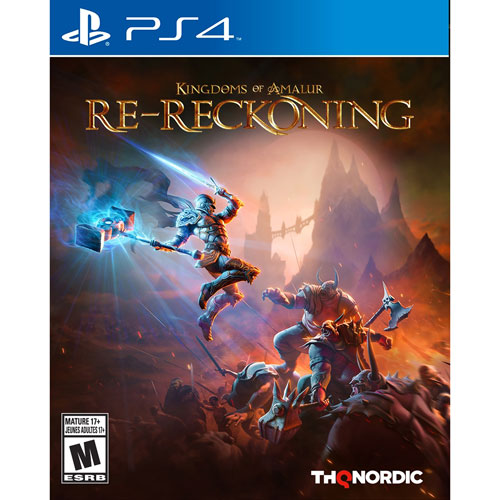 Return to Amalur with hypnotic updated visuals and enhanced gameplay in Kingdoms of Amalur: Re-Reckoning for PlayStation 4. Embark on an epic RPG journey as your character evolves into a fighting machine using a combination of skills, weapons, magic, and armour. Rich with 10,000 years of deep lore, there's plenty to explore in this sprawling game world.
Sold and shipped by Best Buy

4.5
Average rating based on 63 reviews

Of the 63 reviewers who responded, 57 would recommend this product.