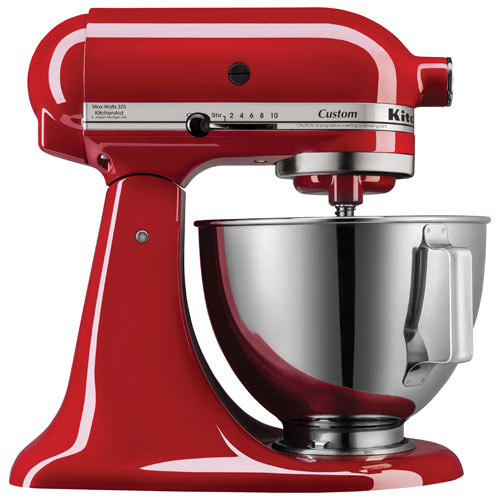 Whip up everything from cake batter to mashed potatoes with this KitchenAid custom tilt-head stand mixer. Boasting 10 speeds and a large 4.5qt. stainless steel mixing bowl, this stand mixer can prepare dough for 6 dozen cookies in a single batch. Unique Planetary Mixing Action delivers fast, complete mixing by spiralling the beater through 67 touchpoints.
$499.99
$49999
Sold and shipped by Best Buy

4.4
Average rating based on 42 reviews

Of the 8 reviewers who responded, 5 would recommend this product.