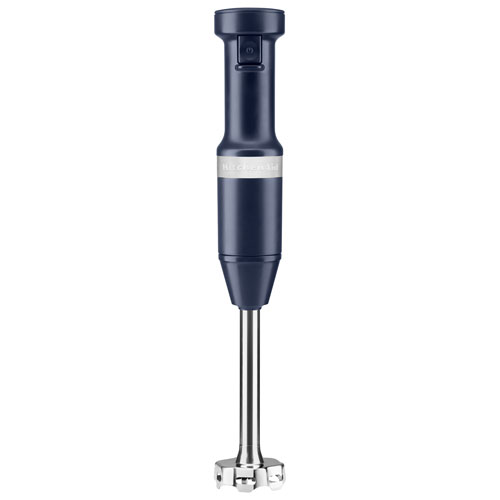 Craft the perfect puree, velvety-smooth soups, and silky smoothies with the KitchenAid variable speed immersion blender. It's equipped with a 4-point stainless steel blade to pulverise the toughest ingredients, and comes with a 3-cup blending jar so you can make small quantities and store them in the fridge for later.
$89.99
$8999
Sold and shipped by Best Buy

Of the 113 reviewers who responded, 109 would recommend this product.