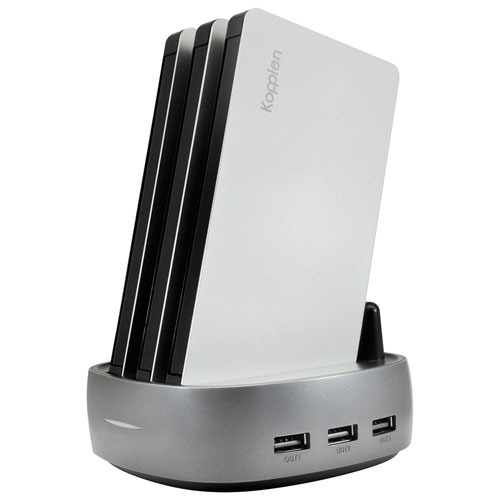 You can ensure that your devices are always charged for a day on the go with the Kopplen Grab n' Go PowerDock featuring 3 x 8000mAh power banks and MFi adapters. These power banks can be charged by the PowerDock simultaneously without the need for any cables. Simply place the power bank into the slot, charge, grab, and go!
$89.95
$8995
Sold and shipped by Best Buy