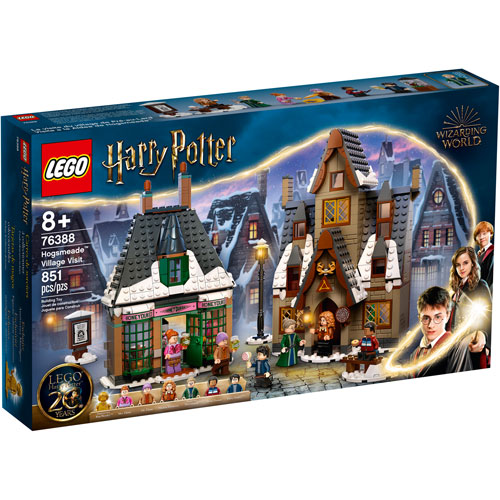 Venture to a magical world with the LEGO Harry Potter: Hogsmeade Village Visit set. It comes with 851 pieces to form Honeydukes candy store, The Three Broomsticks pub, a street light, bench with snow, and a 2-sided sign with Sirius Black's wanted poster. It also includes a commemorative golden Ron Weasley minifigure and six other minifigures for role-playing fun.
$109.99
$10999
Sold and shipped by Best Buy

4.7
Average rating based on 38 reviews

Of the 27 reviewers who responded, 25 would recommend this product.