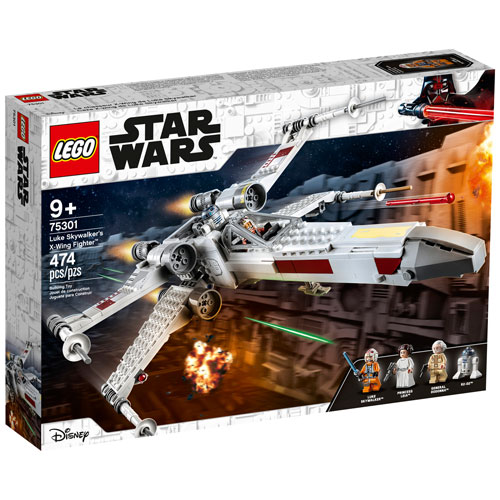 Fight like your favourite Star Wars hero with the LEGO Star Wars: Luke Skywalker's X-Wing Fighter set. This brick-built set comes with 474 pieces to help your child recreate scenes from the classic Star Wars trilogy. The X-Wing toy features an opening LEGO minifigure cockpit and other war-ready gear to accomplish attacking missions in a unique way.
$69.99
$6999
Sold and shipped by Best Buy

Of the 193 reviewers who responded, 180 would recommend this product.