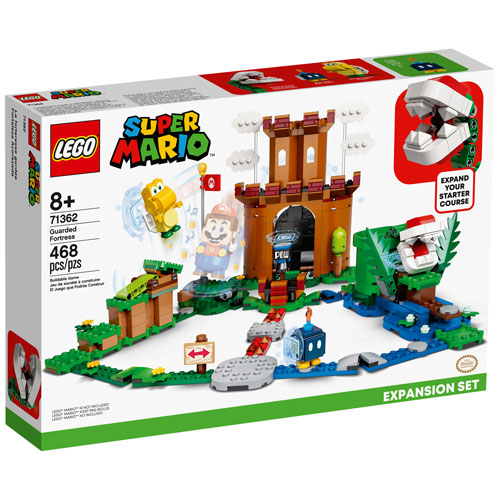 Choose which action-packed adventure Mario will take with this LEGO Super Mario: Guarded Fortress Set. It comes with a buildable fortress, water route, lava route, and more to expand your Adventures with Mario Starter Course (sold separately). Help Mario use the catapult, leap over lava, or cross stepping-stones to reach the fortress and collect digital coins.
$59.98
$5998
Sold and shipped by Best Buy

Of the 104 reviewers who responded, 102 would recommend this product.