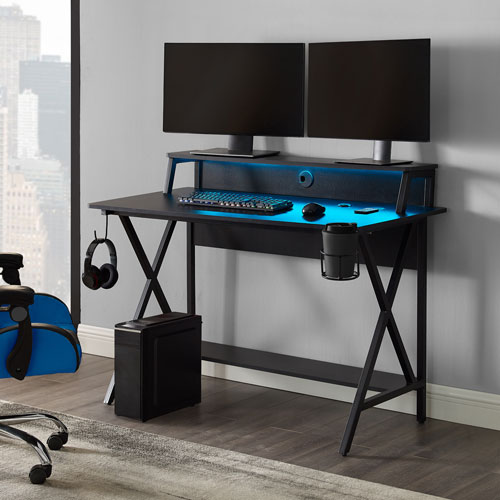 Streamline your gaming setup with this Linon Home Décor Turbo 48" gaming desk. It boasts an ergonomic desk top and an elevated shelf to hold your monitor. It's equipped with USB ports and wireless charging capabilities so all your devices stay powered up and ready to go. It's also accented with colourful LED lighting that can be set to match the mood of any game.
$399.99
$39999
Sold and shipped by Best Buy

2.2
Average rating based on 6 reviews

Of the 6 reviewers who responded, 2 would recommend this product.