Our Quick and Easy Store Pickup service and our Order Confirmation emails are temporarily unavailable.

Please note that your order's confirmation email may be delayed for a short time. Additionally, please be aware that our Customer Service Agents will be unable to look up your orders. We thank you for your patience. 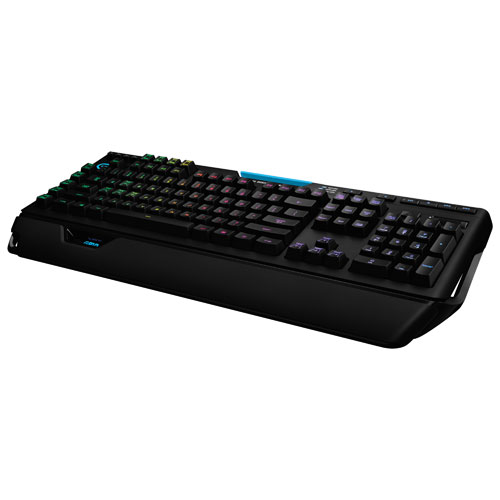 Get the ultimate gaming edge with the Logitech G910 Orion Spectrum mechanical gaming keyboard. It features exclusive Romer-G mechanical switches that deliver up to 25% faster actuation and 40% more durability. It also comes with nine programmable G-keys and RGB illumination for customizable colours for specific games and gaming events.

Rechargeable
No
Solar Powered
No

Of the 1775 reviewers who responded, 1698 would recommend this product.