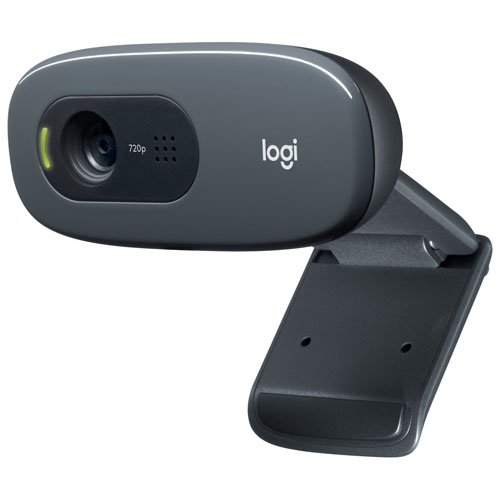 The Logitech HD webcam C270 makes HD video calling simple. Equipped with Logitech Vid, you can enjoy HD 720p video calls on most major instant messaging applications and chat with loved ones face to face. You can also snap 3MP (software enhanced) photos with just a click.
With Logitech Vid, setting the C270 and chatting online is a snap. It offers a video resolution of up to 1280 x 720 pixels (HD 720p), as well as built-in software that adjusts to low light and background noise so you can focus on what matters.

Of the 3814 reviewers who responded, 3607 would recommend this product.