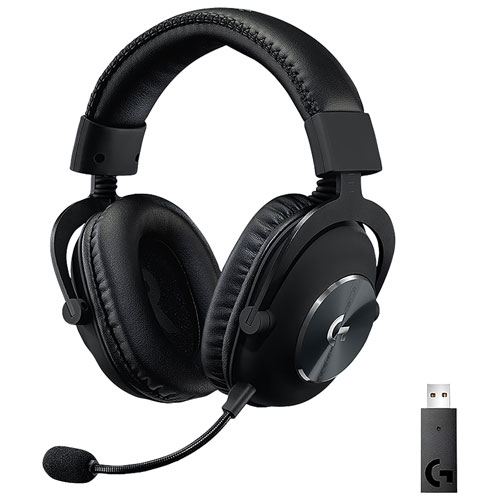 Get your game on with superior-quality audio when you wear the Logitech Pro X LIGHTSPEED wireless gaming headset. With up to 20 hours of battery life and a 15-metre wireless range, this headset gives you convenience and mobility. Its 7.1-channel surround sound and sound-isolating technology with 50mm drivers ensure you hear clear and precise audio all the time.
Sold and shipped by Best Buy

Of the 904 reviewers who responded, 770 would recommend this product.