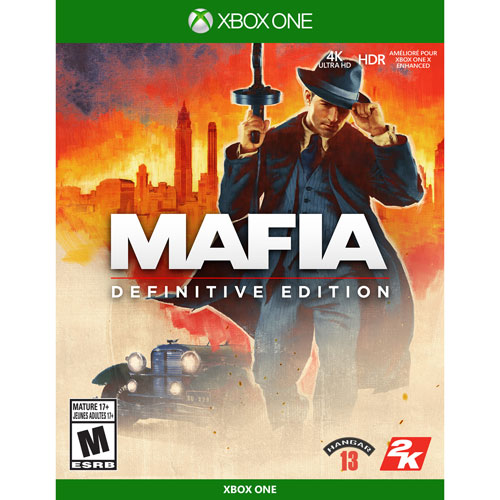 Run with the mob and rise in the ranks in Mafia: Definitive Edition for Xbox One. Set during the Prohibition era of organised crime in 1930s Illinois, cab driver Tommy Angelo is thrust into the deadly underworld with the Salieri crime family after a run-in with the mob. This remade classic features an expanded story, gameplay, and original score.

Check with the manufacturer for details or purchase Best Buy Protection on the next step.

Physical: 30 days. Digital Downloads: Not returnable. to return or exchange

Product must be unopened