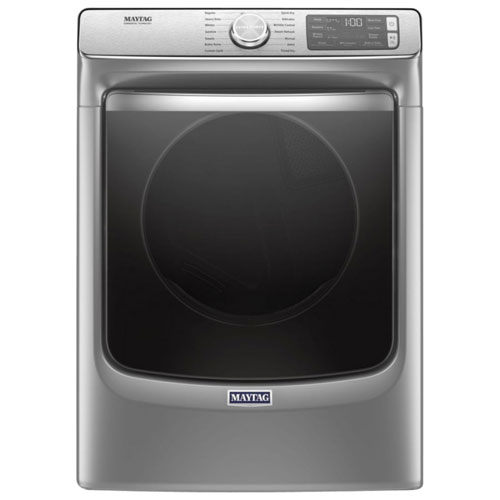 Geek Squad Protection goes above and beyond the manufacturer’s warranty. With in-home service, if your major appliance becomes defective, we’ll come to you. Plus, starting a service request is as easy as calling 1-800-GEEKSQUAD or connecting with us at geeksquad.ca/protection.

Dry everything from your most delicate items to large comforters in the Maytag 7.3 cu. ft. gas steam dryer. The Extra Power button can extend the time, heat, and tumbling when needed, washing thick jeans right alongside light shirts. Meanwhile, Advanced Moisture Sensing tracks moisture and temperature to ensure that clothes are never over-dried.

Drying how you need it

*If you're a remote delivery customer, these services may not be available to you. Please call 1-866-585-4494 for more information, or if you do not hear from us within 3 days.

4.3
Average rating based on 69 reviews

Of the 68 reviewers who responded, 56 would recommend this product.