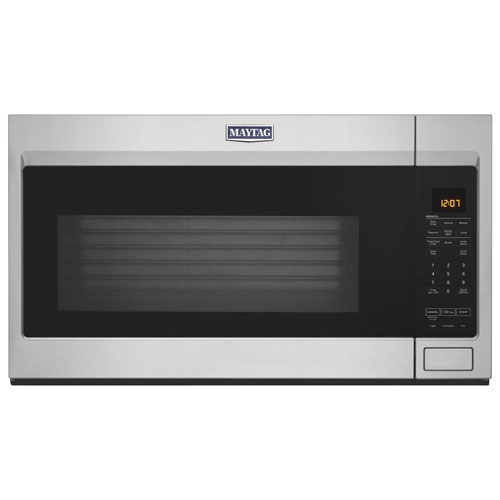 Stylish, functional, and practical, this Maytag over-the-range microwave is an ideal tool for your kitchen. With 1.9 cu. ft. of capacity and a 12" turntable, it gives you plenty of space for all your defrosting, heating, and reheating needs. It features a Dual Crisp feature that's able to deliver crispy French fries, chicken nuggets, and more.
$599.99
$59999
Sold and shipped by Best Buy
Scheduled Delivery
Please enter a valid postal code.

Geek Squad Protection goes above and beyond the manufacturer’s warranty. With unique benefits, we can help you avoid costly repairs and replacements. Plus, starting a service request is as easy as visiting your local Best Buy store or connecting with us at geeksquad.ca/protection.

Of the 156 reviewers who responded, 152 would recommend this product.