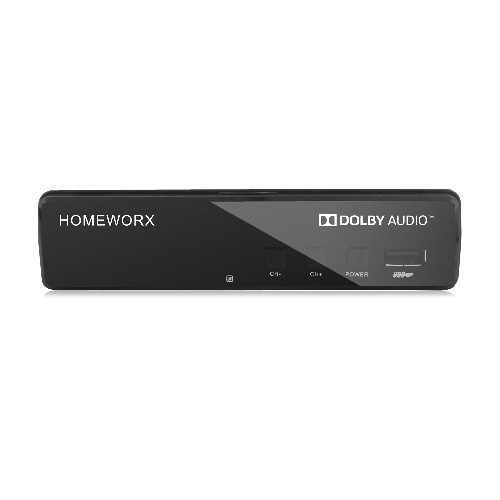 Mediasonic HOMEWORX HW130STB is a digital converter box which converts Over-The-Air (OTA) ATSC digital broadcast to your analog and digital TV. The built-in Media Player function allows user to play back picture and video files via USB connection. The built-in recording function allows user to record their TV programs and play back.
$39.99
$3999
Sold and shipped by Mediasonic
5.0 seller rating, 4 review(s)

• Timing Start up and Shut down

•This converter box is designed to receive Over-The-Air signal, and it is not a replacement of cable box. External Antenna is required to connect to this converter box in order to receive signal. This product does NOT Work with TIVO and cable company such as Shaw, Comcast, DirecTV, DISH Network, Time Warner Cable, etc. In general, this product does NOT work with encrypted cable signal.

4.0
Average rating based on 1 review