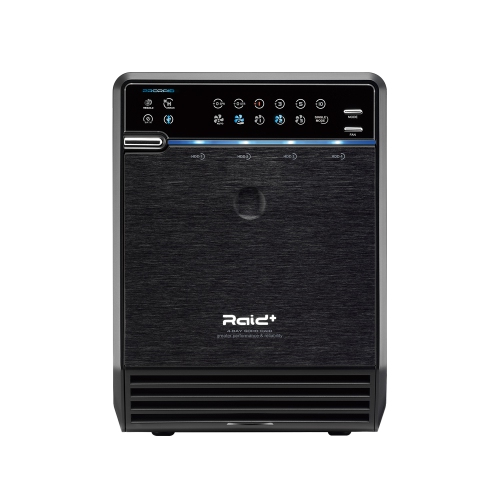 Mediasonic PRORAID HFR2-SU3S2 is a 4 bay 3.5” SATA hard disk drive enclosure with hardware embedded raid function. If you don’t need raid function, this box has single mode so you can access the hdd individually.
$199.99
$19999
Sold and shipped by Mediasonic
5.0 seller rating, 4 review(s)

Mediasonic PRORAID HFR2-SU3S2 is a 4 bay 3.5” SATA hard disk drive enclosure with hardware embedded raid function. If you don’t need raid function, this box has single mode so you can access the hdd individually.

• 2.5” SATA I / II / III hard disk drive up to 10TB per drive (bracket adapter required, not included in the package)

• Single Mode: Computer will show up as four independent drives

• JBOD Mode: Raid 0 Spanning mode. Two hard drives will show up as one large single drive. Spanning is an array (not Raid) that is written sequentially across two drives

• Raid 1 (Mirroring Mode): Using this mode will require two identical hard drives. It will create an extra copy (or mirror) set of data to second drive

Wireless
No
Number of Bays
4
VR Ready
No