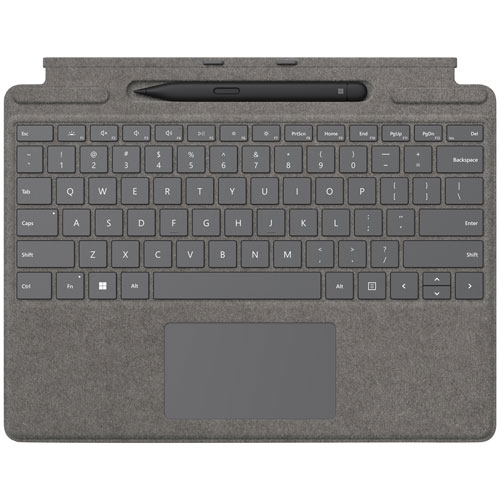 Enjoy next-level versatility with the premium Microsoft Surface Pro Signature Keyboard and Slim Pen 2 combo. It helps you transform your Surface Pro 8 or Surface Pro X into a full laptop. Sleek and compact, the keyboard has a large trackpad for precise control and navigation. With Surface Slim Pen 2 stored, charged and close at hand, it delivers typing and on-screen writing in one.
$349.99
$34999
Sold and shipped by Best Buy

4.8
Average rating based on 33 reviews

Of the 33 reviewers who responded, 33 would recommend this product.