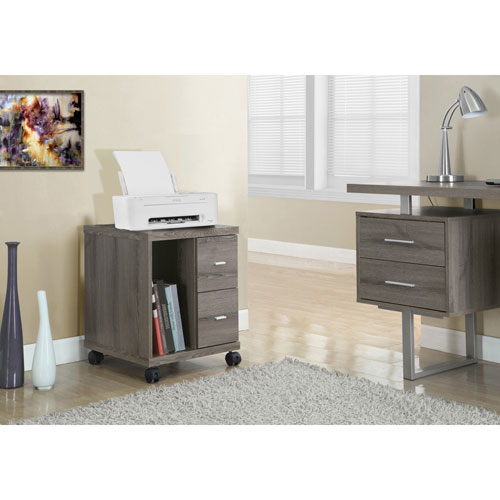 Keep your office organized and free of clutter with this Monarch mobile stand. This stylish piece features open and concealed storage options for all your office must-haves, a sophisticated design to match any office space, and a durable construction that's built to last.

4.0
Average rating based on 2 reviews