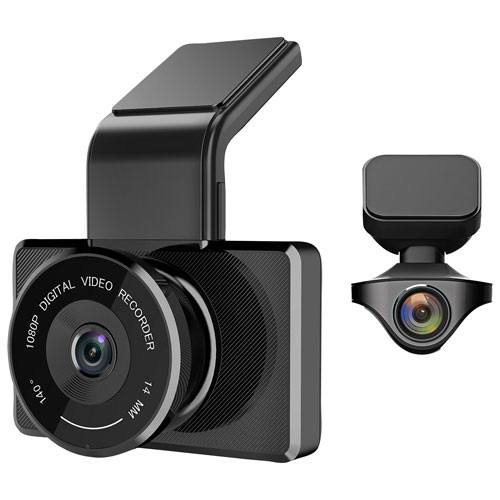 Protect yourself with full coverage at the front and rear of your vehicle, with the myGEKOgear Orbit 950 dual dash cam. The front and rear camera record at a 140-degree angle, offering more coverage of the entire road, all recorded in HD 1080p, so you never miss a crucial detail.
$229.99
$22999
SALE ends: June 24, 2021
Sold and shipped by Best Buy

3.3
Average rating based on 23 reviews

Of the 15 reviewers who responded, 11 would recommend this product.