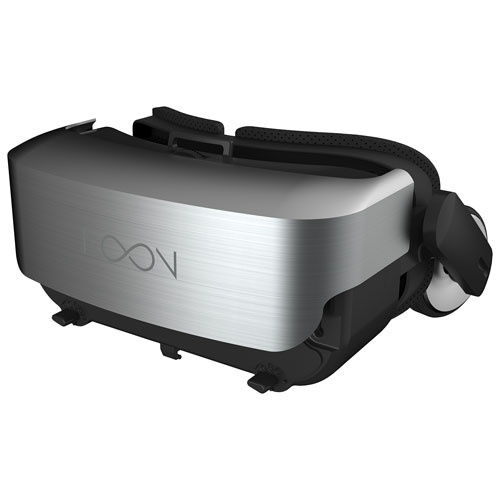 Step into the world of virtual reality with the NOON VR Pro headset. Designed for select iOS and Android smartphones, this headset transports you to a virtual world complete with stereo sound. Dive into 360-degree video, stream content from your computer to your smartphone, and hear crisp audio to match what you see.
$49.99
$4999
Sold and shipped by Best Buy

3.0
Average rating based on 57 reviews

Of the 43 reviewers who responded, 22 would recommend this product.