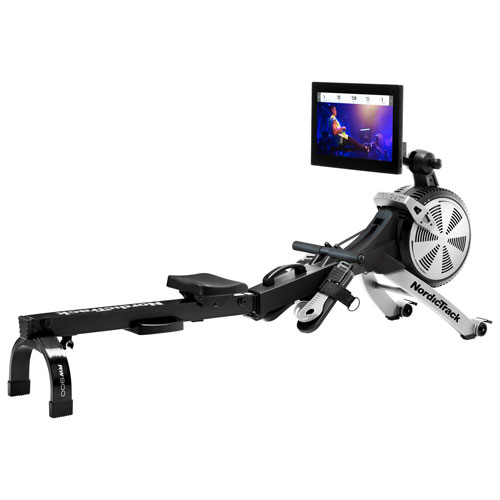 Work your arms, shoulders, chest, back, core, and more with the multiple resistance levels of the iFit-enabled NordicTrack rowing machine. This rowing machine's inertia-enhanced flywheel features SMR technology that ensures a natural-style workout. It comes with 30 on-board routines, so you can pick and choose your favourite workouts.
$2699.99
$2,69999
Sold and shipped by Best Buy
Scheduled Delivery

3.0
Average rating based on 1 review