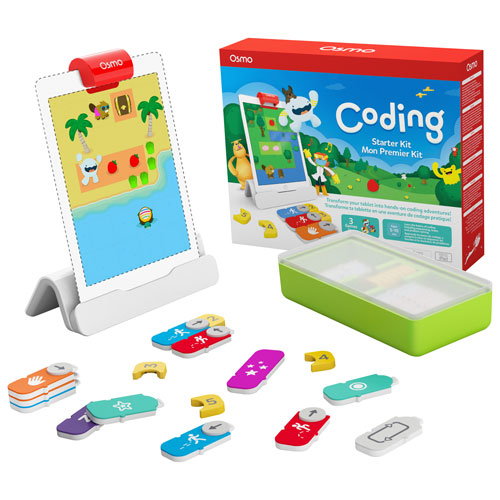 Give your little ones a creative, fun way to learn basic coding concepts with this Osmo Coding Starter Kit. Designed to use with an iPad (sold separately), this kit enhances your child's problem-solving skills and logical thinking. It comes with playful character blocks, a collectible game card, and 3 game apps for a fun educational experience.
$139.99
$13999
Sold and shipped by Best Buy

4.8
Average rating based on 52 reviews

Of the 47 reviewers who responded, 46 would recommend this product.