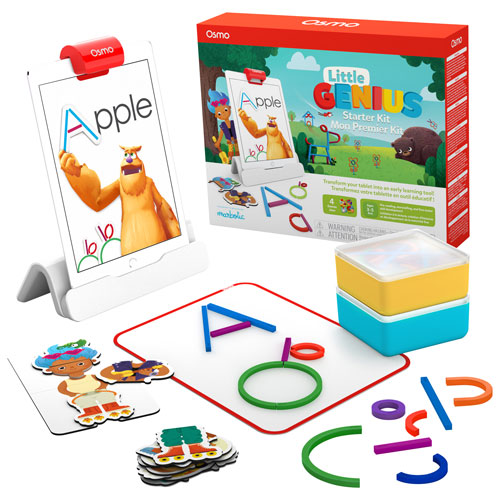 With the Osmo Little Genius Starter Kit you can transform your tablet into an early learning tool. Designed for preschoolers, kids will get a hands-on adventure through the fundamentals of learning. Spark their imagination and help them develop critical thinking as they learn numbers, dress and feed a character, create pictures, and more.
Sold and shipped by Best Buy

4.9
Average rating based on 49 reviews

Of the 48 reviewers who responded, 48 would recommend this product.