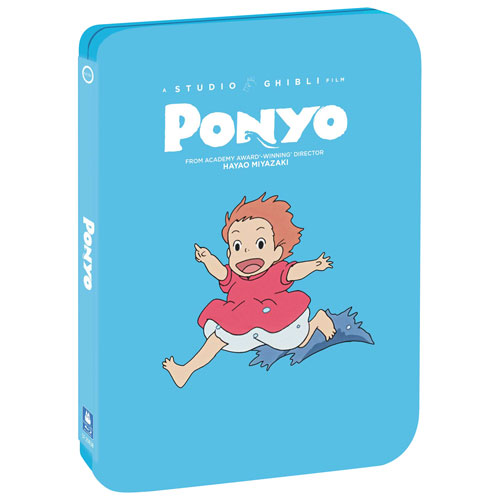 A young boy named Sosuke rescues a goldfish named Ponyo, and they embark on a fantastic journey of friendship and discovery before Ponyo's father, a powerful sorcerer, forces her to return to her home in the sea.
$24.99
$2499
1 Special Offer Available
Sold and shipped by Best Buy

4.8
Average rating based on 64 reviews

Of the 64 reviewers who responded, 62 would recommend this product.